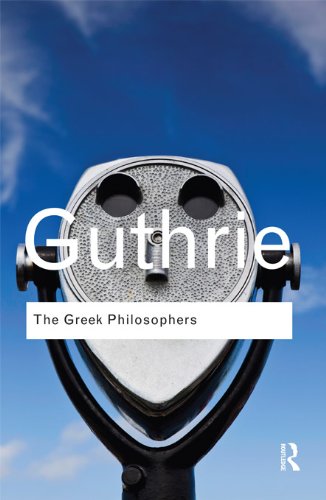 With an new foreword by James WarrenLong renowned as one of the clearest and best introductions to ancient Greek philosophy for non-specialists, W.K.C Guthrie’s The Greek Philosophers offers us a brilliant insight into the hidden foundations of Greek philosophy – foundations that underpin Western thought today. Guthrie explores the great age of Greek Philosophy – from Thales to Aristotle – whilst combining comprehensiveness with brevity. He unpacks the ideas and arguments of Plato and Aristotle in the light of their predecessors rather than their successors and describes the characteristic features of the Greek way of thinking, emphasising what he calls the ‘cultural soil’ of their ideas. He also highlights the achievements of thinkers such as Pythagoras, who in contemporary accounts of Greek philosophy are frequently overlooked.Combining philosophical insight and historical sensitivity, The Greek Philosophers offers newcomers a brilliant introduction to the greatest thinkers in ancient Greek philosophy and the very origins of Western thought.